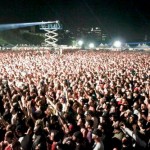 Posted in Photos by admin
[Show as slideshow]

Want to join our orchestra?

We’re getting busy with gigs and we are still looking for a few people.

So far we have a percussion, brass, and keyboard section.  We’re looking for a trumpet player, timpanist (we have our own timps), flute, clarinet, bassoon, electric guitar, and electric bass (funky) players.  Next winter we will be looking for string players, so stay tuned for that.  Improvisational skills are welcome, but not required.

As of now, we rehearse the second Sunday of every month from 4:00-6:30 pm in Arlington VA.   We occassionally rehearse Wednesday evenings as well, when needed.  Performance dates will vary, and as of now there many in the horizon.  When we rehearse and perform with larger established symphony orchestras, rehearsal times may vary.

All positions are voluntary for now, but we hope to use videos and recordings to get grants and paying gigs.